Under the leadership of Ryan Balaz, the Big Walnut High School girl’s tennis team finished the regular season with a 15-5 record and went undefeated in league play winning the OCC Capital Division Conference Championship.  Coach Balaz was named the Capital Division Coach of the Year and during the season he picked up his 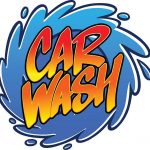 Thank you BW Community for your continued support of the BWHS Girls Tennis Teams!!