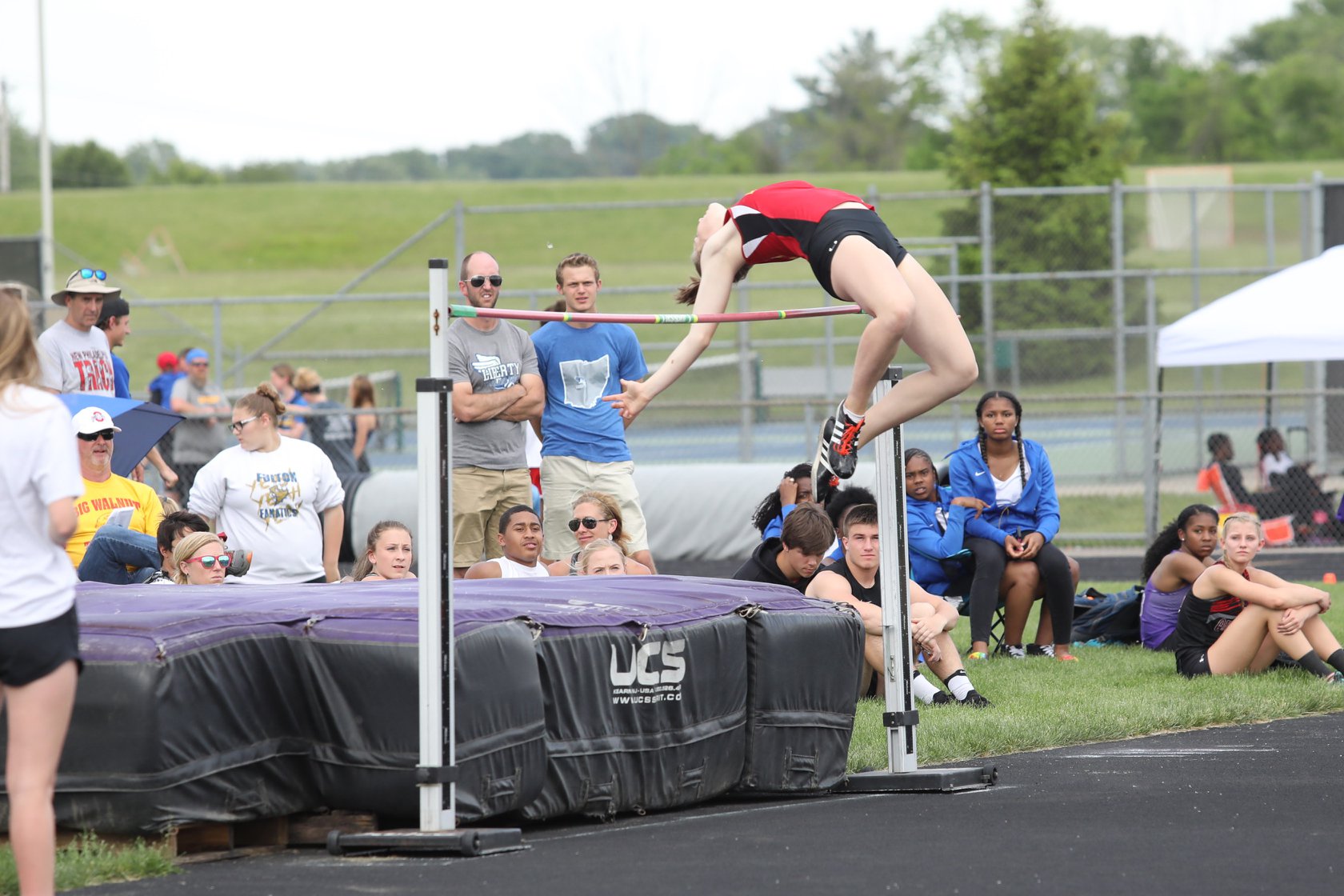 Kaley Rammelsberg qualified to the State Meet by jumping 5′ 6″ and winning the Regional contest held at Pickerington North on May 22nd.

One of the cool things I get to experience as a coach is watching the dynamics between coach and athlete. Wednesday was one of the days. Kaley and Coach Ryder put on a clinic on how to play the game. They were in sync with each other. Coach Ryder said he could tell she was on from her first jump at 4′ 10″ and this allowed him the freedom to pass at 5′ 1″ and 5′ 5″ putting pressure o the other jumpers. Kaley had one miss at 5′ 6″ but stayed ahead of Hunter from Gahanna (last year’s State runner-up) who made the height on her third attempt. Coach Ryder had Kaley pass again to 5′ 8″. This forced the Gahanna coach to either jump at 5′ 7″ placing more jumps on his girl’s legs, or go to 5′ 8″ with Kaley knowing she had to out jump her. They elected to jump at 5′ 7″, Hunter missed all three times giving Kaley the title. What a performance by Kaley!