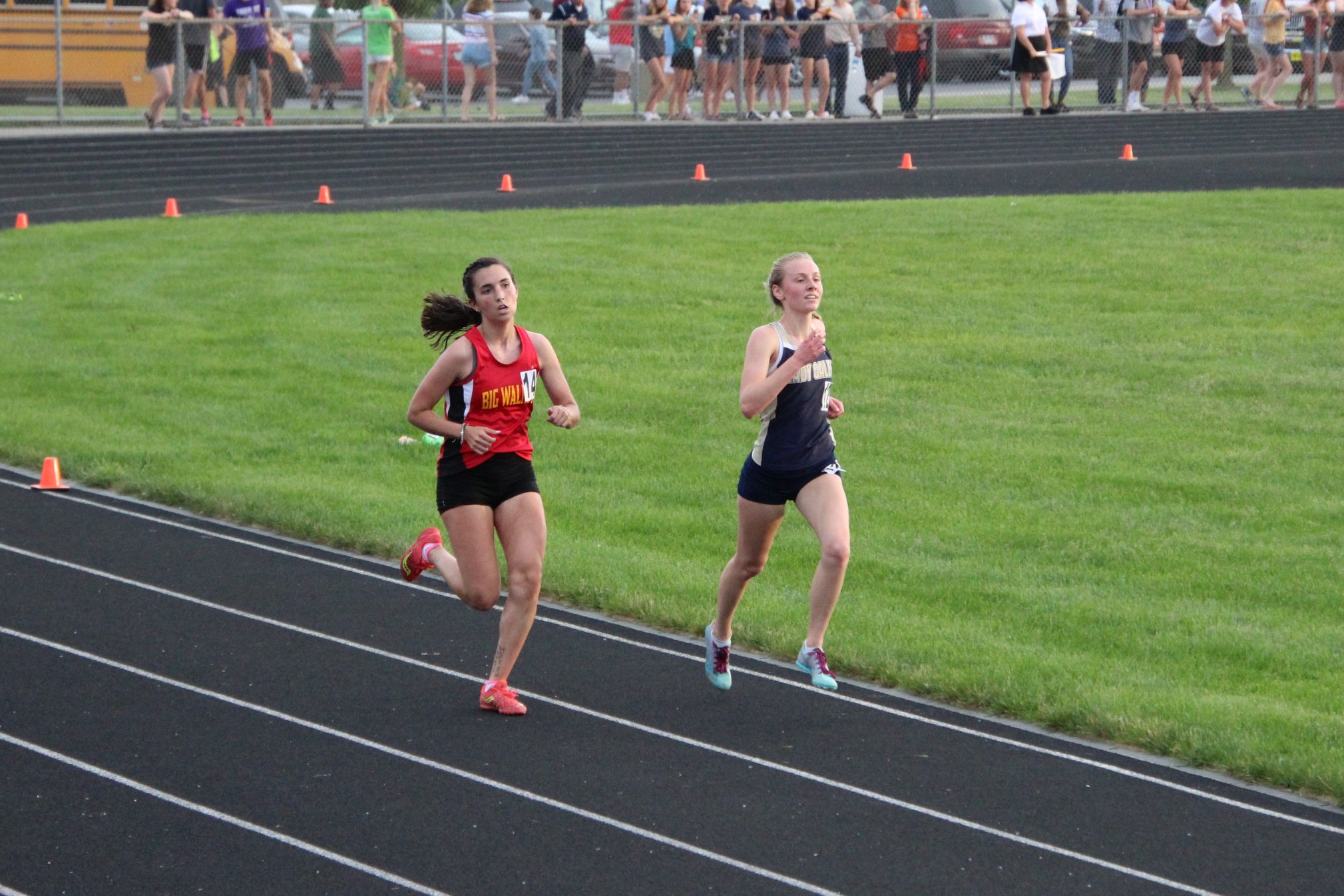 Colbi capped a tremendous season with a school record performance of 11:12.98 in the 3200m run. This broke her old record of 11:13.63 she ran at the Regional last season. Her time was good enough for 6th place in the Division I Regional held at Pickerington North last Friday.

Colbi had a fantastic season, one in which she broke the 3200m run record along with the 4x1600m relay and the Distance Medley Relay she helped break at the golden eagle Relays earlier this season. For her career, Colbi holds the school records in the 1600m run, 3200m run, Indoor 1600m run, Indoor 3200m run, 4x800m relay, Lap Medley Relay, and the previously mentioned 4x1600m relay and Distance Medley Relay along with class records in each of her open races. Coach Lewis has done a wonderful job preparing her during the season, with his guidance she not only holds 14 school records, but has also been the OCC-Capital champion in the 1600, 3200, and 4×800 relay each of the past three years. That’s 9 OCC-Capital titles with one year remaining. Add to that her three OCC-Capital titles in Cross Country, that’s 12 titles all in all. As you can imagine, the other coaches in the OCC-Capital can’t wait for her to graduate.

As a team, we scored 13 points and placed 16th. Top 20 in this Division I Regional is amazing for us, and we have one meet left. I am so proud of what she and Kaley were able to do under fierce competition. I’m so proud of our whole team, 3 of our 4 losses prior to the District were from the Regional runner up (Westerville Central) and 3rd place (Olentangy Orange). That says a lot about the level of competition we see on our schedule.